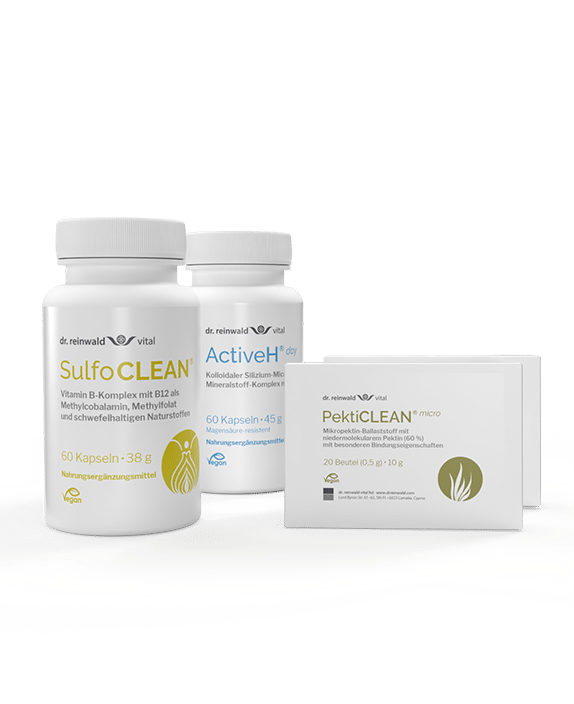 The nutritional physiological ingredient of PektiCLEAN® consists of 100% natural pectin fiber. This has a particularly high, low molecular weight content of up to 60%. Many other preparations reach a maximum of 8%.

Pectins occur in many plants, fruits and vegetables and are an integral part of our diet. As swellable, water-soluble fibre, they belong to the so-called bioactive substances that are not digested in the small intestine and are well-tolerated by the body. Pectins can act as effective, functional fibers against unwanted burdens of the organism.In plants, pectin can be present in different molecular sizes.

Nature of micro-pectins (according to literature)

The low-molecular size of micro pectin leads to a larger surface area and thus a larger adaptation area for substances. Much like other low-molecular weight nutrients, very small molecules are able penetrate the intestinal barrier, thus working their effect in the body itself, not just the bowel. Like all dietary fibers, it has a special binding capacity for unwanted substances, also such as pollutants and toxins.

Micro-pectins are a comparatively young class of chelates of biological origin. The negatively charged pectins are able to bind positively charged substances in an extremely strong but also very small complex, which is then easy to excrete from the body via the liver and kidneys.

Binding priorities: As a binding partner, „heavy“ ions with a higher proton or nuclear charge number are preferred. On the other hand, valuable minerals such as potassium, calcium or magnesium are spared. To date, nutritional medicine has barely looked at this property of micro-fibre.

Redox potentials (ORP) of vitamins and other antioxidants

The redox potential is a description of the antioxidant power. The diagram shows that Active H® (approx. -710mV) is more than twice as strong as NADH (approx. -320mV) and is about 99x stronger than vitamin C (approx. + 80mV) 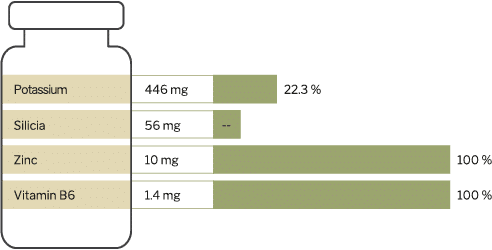 There are no restrictions or incompatibilities known.
Suitable for vegetarians.

Bring approx. 100 ml water to the boil. Fill a glass and stir in 1 sachet (1g) of PektiClean® (stainless steel spoon) until PektiCLEAN® has totally dissolved. Drink warm and in small sips. Do not consume the powder undissolved or dry.

Use of micro-pectins to support the nutritional situation